First of all, there's no pressure here; we share at least one fandom, so I assume we have at least some form of shared interest/shipping preferences. My only real hard rule is that I don't like angst or darkfic- nothing personal if you do! I've just had a rough couple of years, and I'm not really in a place at this point where I enjoy reading about people being unhappy. Like I said, that's my only really hard rule; I don't really have any kinks, so if you're writing smut (which I have NO objection to) vanilla is probably your best bet. If you want a really, really involved list of my narrative soft spots, you can read this, but you don't have to; I cover my individual Feels about my requests in this letter. Speaking of . . .

Hi there, scribbler! So I keep a handy list of Tropes I Like and Tropes I Don't for exchanges like this- you can read it here. Don't feel pressured to include everything- they're just suggestions! In general, I like fluff, cuddling, happy people in love, awesome ladies, and just people enjoying each other in general. I don't like angst (especially for queer characters- I get why it exists, but it exhausts me), death fic, or darkfic in general. I'm pretty chill when it comes to fic. 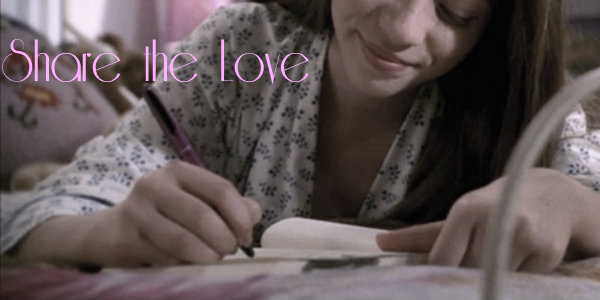 This meme is THE BEST IDEA EVER. Basically, comment on the source post with a lost of things you wish people would get into (books, movies, TV shows, etc) and in your LJ, expound a bit on what these things are and why you love them. People look at your list and say "I'll watch this show in exchange for graphics of this character," and the fandom love spreads!

HELLO INTERNETS. Do you enjoy:
if you checked any of the above, you are in luck! One of my favourite musical artists, Heather Dale, just put out an entirely free, downloadable CD called PERPETUAL GIFT. It contains fourteen re-recorded versions of her most popular songs, as well as cover art! There is no price, and the only thing she asks in return is that you share the link around with your friends. The tracklisting is:

So you may not know this, if you're a first-time reader here, but I'm Canadian. As such, I'm pretty invested in our film and TV industry, which is a place with a lot of ups and downs. Sure we produced Hayden Christensen (and we are so, so sorry) but we also make some damn fine TV! Corner Gas, for instance, is an excellent Canadian TV show. So is Lost Girl. And then you've got our brand-new World War II drama, Bomb Girls, which- and I say this without exaggeration- is one of the best period dramas I've seen some out of the last few years.

Okay, so GLAAD just put out a list of queer characters currently on American television (not Canadian or British, hence why you might not see some characters) and formatted them as a list of who was a lead, supporting, recurring, etc, and split it up between cable and broadcast TV. I found it slightly confusing to scroll through and try to figure out why was bisexual, gay, lesbian, etc, and how to tell how many gay characters were leads as opposed to lesbian, how it varied by race, etc. So I made the ill-advised decision to sort the list by race and orientation and number them all. God help me.

First off, let's set the stage:

I did not have a good time of it in high school.

Middle school was bad enough- I'd lost my group of friends at the beginning of seventh grade- but I still had a few people who I hung out with, and since we were all in the same classes, it was easy enough to form a pack of sorts. High school wasn't like that. It was like being set adrift in a giant ocean where I couldn't see anyone else, because it was all I could do to keep my head above the water. My friends were all in different classes, some in different grades. Learning disabilities were making class extraordinarily difficult, and most of my free time was spent trying to force my brain to compute the science and math teachers were throwing at it. Additionally, with no friends around to shield me, the bullies zeroed in. I couldn't stand in line to get into math class without being harrassed, taunted, having my stuff stolen, and called names. In Drama class, classmates flicked bottle caps at me, stole my books, beat me up, sexually harassed me, and on one occasion threatened to kill me. One of my most vivid memories of that class is a game we played- one of those round robin story deals- where my main tormentor began his story with "Once upon a time, there was a girl [me] who liked reading a lot. She was a loser and had no friends except the imaginary ones she made up in her head." I remember sitting a little ways outside of the circle, eyes burning, fighting with myself not to cry- I couldn't, not in front of them- listening to their laughter and wishing that I could be anywhere else.

I left that class. My mother, hearing about the harrassment and the death threats that the teacher didn't intervene in, went over his head and made it so that I could spend that period in the computer lab instead. The idea behind it was that I would spend the time doing schoolwork, but I couldn't. I spent so much time struggling to get by that I just couldn't force myself to keep at it. Instead, I went online, and I discovered The Den of Shadows.

Not long before this, I had stumbled across a young adult author named Amelia Atwater-Rhodes at the library. I adored her books. Adored them. At the time, my fondest dream was to be published before I was twenty (then I'd be worth something! Then I'd show them!) and as she had been published at thirteen, it was like a beacon shining in front of me. I owned all of her books. Still do. They told me that no matter how horrible and nasty and unwelcoming the rest of the world was, there was still something I could do. I could rise above it. I could write.

I had never before experienced a place like that- a place where I was welcomed, where people shared my interests, where nobody laughed at me or told me I was worthless. I made friends. I knew people like me, who had problems with school and their parents and their classmates. People who liked writing, who liked reading, who didn't look down on you if you spent your lunch hour curled up in a corner of the library. I even met (virtually) and spoke with the author, who replied to my posts with the same respect and honesty that she afforded to everyone on the site. I wasn't sitting in the corners anymore. It was one of the happiest moments of my life up to that point. And there were others- people who struggled with their sexuality, with family members, with friends- who found a home and support and love there when they weren't find it anywhere else. I don't think I've ever experienced a community quite like it. I'd be blessed if I ever did again.

When the Wall Street Journal publishes an unfounded, inflammatory article about how Young Adult literature is, part of me just laughs. How narrow-minded must they be when they look at a community of shared experiences and support and cry out in horror? But another part of me is angry. Angry on behalf of the kids like me, who struggle to get through the day and cry themselves to sleep at night- and where is their support? Yanked out from under them by people who think that the "dark themes" found on the Young Adult shelves are poisoning their minds. Let me tell you, Wall Street Journal, I had plenty of "dark themes" in my life at fourteen, and the books I read didn't put them there. They saved me. They, and the community that rose up around them let me know that I wasn't alone, that I was worth something, that this too would pass. That there were people who I respected who saw me as something more than an awkward girl in baggy sweaters hiding from the rest of the world- someone worthy of respect and affection who would grow up to be something more than the frightened loner of my high school years.

I just finished my first year of university with a 77% average. I have a job. I have friends who I love and value more than anything else in the world. And you know what? If young adult literature hadn't come to me as a scared little girl and told me I was worth something, I don't think I would have that. I would have ended my life at fourteen and never known what the world had to offer outside the walls of my high school. The darkness that these books that terrify the WSJ so much didn't bring darkness into my life at all. They threw open the blinds and let the light in.

Lo these many years ago, I did a raceswap of Firefly, which happened to include Jamie Chung as Kaylee. Since Sucker Punch happened, she's been on my Tumblr dash a lot, which reminded me that I really need to update/revise this whole picspam. Several hours of Googling later, here we are!
( Collapse )

You knew it was coming. You could hear the almighty footfalls in the distance. You could see the water glass vibrating. I promised it lo, these many weeks ago and now I'm back to keep my promise. This is the EPIC TWIN PEAKS RECOMMENDATION POST OF EPICNESS.